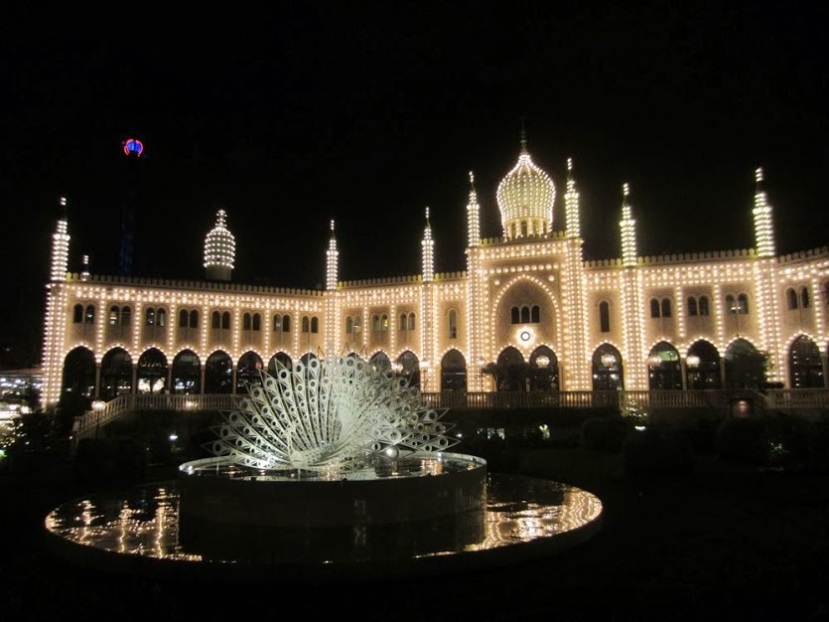 It is absolutely the wrong time of year to even think about what I’m about to write about, buttttttt… my blog, my rules. Neener neener!

So, there’s this Danish concept called hygge which, like all the best foreign words, cannot really be translated into English. The closest we can come is “cozy,” but really it’s all about soft candlelight (or #literally ALL the fairy lights — see photo above), a roaring fire, a warm boozy beverage, and good companionship. It’s one of the ways the Danes get through the long, dark winters (though there is a summer version of hygge that mostly involves barbecues and picnics) and still have their sanity more or less intact.

And it’s hygge that I think of when it’s been 95 degrees every day for basically the last two months.

So what better time to put FOMO-busting to good use? Let’s hygge it up!!

My dear friend Mandy and I traveled to Copenhagen in November 2013: prime hygge season! We stayed in Nørrebro, a funky neighborhood just outside of center city, perfect to escape to after a day of sightseeing.

There are tons of cozy and comforting places to visit so you can get your hygge on.

Yikes, only a few posts into this blog and I’m already awful at it! It’s been over a month since I blogged, but in that time I went to Iceland, helped friends plan (and pack for!) a trip to Paris, and am now helping other friends plan a vacation in Iceland and France. So I have been keeping busy on the travel front; I just haven’t been sharing it with you fine folks.

Well, last time we left off at restaurants in Reykjavik, so this post let’s chat about a few of the bars — only this time I have the added bonus of in-person knowledge.

I got into Reykjavik on a Saturday at 5:30am. As a result, I was totally out of sorts all day and unfortunately didn’t get to appreciate the full Saturday-night pub crawl that normally happens (starts at 11pm, ends ????). So, most of my bar experiences happened midweek when Reykjavikers don’t normally hang out, and to be sure, I mostly met ex-pats on these adventures. Still lots of fun, still great people and good conversations, but less “authentic” perhaps. (I still met my fair share of Icelanders, though, so you can put your tiny violins away; I shall soldier on!)

Well, it hopefully will not be as long between posts from here on out. Like I said, I’ve been working on a lot of travel-related things, so I just need to get them up here!